I have been seeing a lot influence in ruby from Functional programming (short: FP), and not as such in ruby itself but in code written in ruby.

Developers try new things, they are fascinated by other languages, how they solve problems. They try to change ruby into functional language, they loose sight of how problems can be solved in the Object Oriented Programming (short: OOP).

Let’s do a refresher of some most important aspects of OOP.” 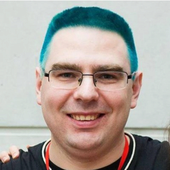 Other Presentations at Rails Israel 2016